Differences between Western (including Middle Eastern) and Eastern (Chinese) Alchemy

Western Alchemy is primarily – at least on a superficial level – about the transmutation of metals and matter. Alchemy was the quest for the creation of gold from the combination of common metals. 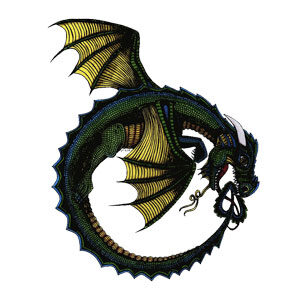 Chinese Alchemy developed from its earliest moments in concert with the Medical Arts: with the production of herbal remedies and medicines on the one hand, and with the use of physical and mental practices (Qi Gong) on the other. These practices were sought to create a different state of consciousness in the practitioner to the point of a true transmutation of the body.

Thus, for example, just as in Western alchemy all metals originate as a fusion of two principles ‘sulphur’ and ‘mercury’, in Eastern alchemy (Taoism) all phenomena in the Universe are the result of the alternation of the principles ‘Yin’ and ‘Yang’.

Transformation, precision in the processes of transmutation, the passage of states (of physical matter as well as in the mind) are some of the common concepts that both traditions share.

During the dance and theatre training Movement Alchemy, I have collected, studied and adapted many of the transformation processes typical of Western and Middle Eastern Alchemy (distillation and dissolution processes, mixing and combine, amalgamation process, etc.).

At the same time, I brought into it the specific concepts of the Chinese alchemical tradition (Taoism) of state change, mind-body balance, health and mystical-spiritual quest.