The basic concept of traditional alchemy is the idea of transformation and transmutation. In alchemical thought, every material thing arises from a common substance or combination of substances. Thus, for example, just as in Western alchemy all metals come into being as a fusion of two principles “sulfur” and “mercury,” in Eastern alchemy (Taoism) all phenomena in the Universe are the result of the mixing and alternation of “Yin” and “Yang” principles. Given the right proportions, in this alternation is hidden the secret of the “creation of gold” in the case of Western Alchemy, or of “health and longevity” in the case of Eastern Alchemy ( Taoism). 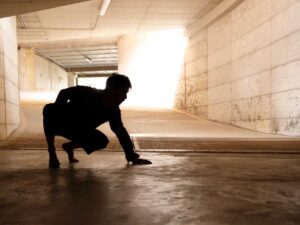 In the practice of movement alchemy, the basic substance is ACTION, the two principles that fuse together are BODY and MIND, and the result is CHOREOGRAPHY or COMPOSITION.

Mind-body “fusion” occurs through different processes (or techniques) with varying degrees of complexity.
Among the various fusion processes we find:

Just as traditional alchemy can be described as the science of matter and its transformations, Movement Alchemy represents the art of movement in its innumerable forms.